After 20 years, a dream come true

Shlana Sims’ 20-year journey to earn a college degree has admittedly been a bumpy one. After graduating from high school...

For three days in early June, the arts and humanities came alive for thousands of visitors to the CSU campus and Playhouse Square. A $1 million commitment from Darwin and Myra Smith made the inaugural AHA! Festival possible.

The family-friendly festival had something for everyone, including Pulitzer Prize-winning authors, a world premiere children’s theater production and internationally known artists. Euclid Avenue was even closed to traffic for a book festival. All events centered around the theme “Storytelling: What Our Stories Tell Us About Ourselves.” 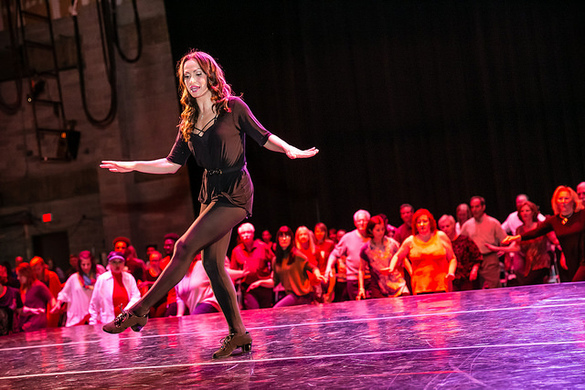 With their $1 million commitment, the Smiths created The Darwin and Myra Smith Arts and Humanities Fund to support the AHA! Festival, as well as the Celia Friedberg Endowment Fund to support the Mareyjoyce Green Women’s Center and the Herbert H. Smith Endowed Fund to support scholarships in the Washkewicz College of Engineering.

Myra and Darwin grew up in the Cleveland area. They now live in Dallas and North Carolina. Darwin’s father, Herbert L. Smith, studied mechanical engineering at the former Fenn College and graduated in 1931.